In all honesty there aren’t huge numbers of Liverpool FC fans amongst the ranks at EC Creative – we are based in Manchester after all – but we were still on the ball when it came to creating an office based TV studio for this world famous football club.

We were asked to provide a complete one-stop solution and we successfully pulled off a hat-trick – design, build and installation.

The brief was to provide a multi-purpose studio that could be quickly and easily adapted to create different sets for half a dozen different football shows.

To kick off we created a rostrum in four parts with a large desk which could be split into two, behind this we installed three large LED screens, two of which were touch-screen – always a popular feature with sports presenters.

One major issue that needed tackling was providing a flexible solution to cover two of the studio walls which were made up mainly of windows. Not to be wrong-footed we created a twin-track curtain system to provide either black or white backgrounds as an alternative to the outside view. In addition this modular tracking system also allows the curtains to be moved in front of the LED screens, providing even more scope to create alternate backdrops.

We also created a perimeter light box around the studio which enables easy access to cables and helps bring a sense of cohesion to the space.

For a nice clean finish we also provided all the LED lighting for the studio, including ceiling fixtures and wall washes.

Good work Team EC, back of the net. 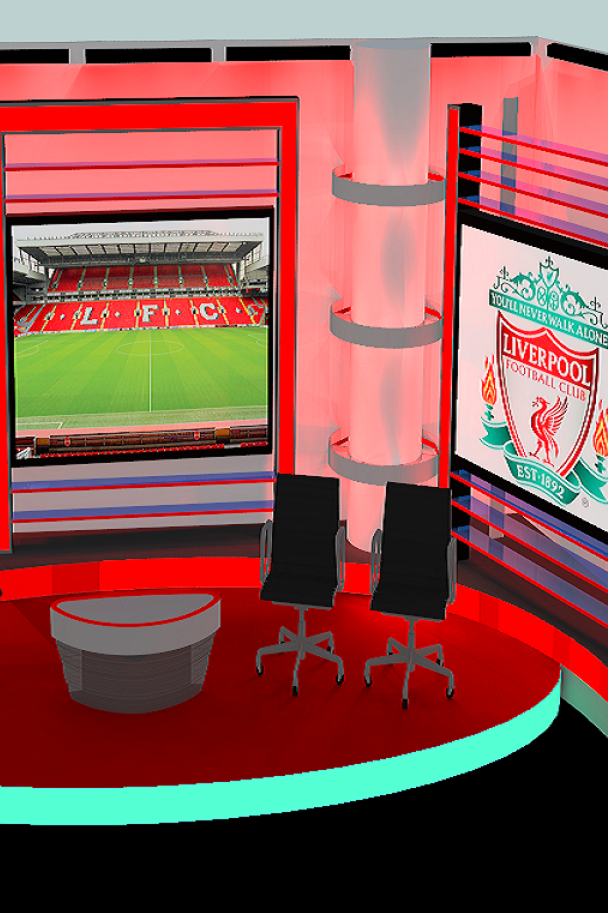 If you’d like to talk to us about anything related to set design and build then we’d be delighted to hear from you.